Although Island fighters Chris Cisneros, Ian Dela Cuesta,Nate Quiniola,& Deutsch Pu'u had different opponents at the Gladiator Challenge Event tonight in San Jacinto, California. That did not stop them from showing what our Polynesian fighters can do. Oahu's Ian Dela Cuesta improved his mma record to 11-4 with his First Round KO victory tonight.Even with a 20 pound advantage, that was no help when it can to the heart and skills of Dela Cuesta, who trains at 808 Fight Factory under Kai Kamaka. Also fighting from 808 Fight Factory Gym was 9-1 Nate Quiniola,who came out strong against his opponent, who's name is unknown at this time but has a strong wrestling background. All three rounds was close making it hard on the Judges to all agree on the winner,but in the end there can only be one Victor and in this case it was just not Nate's night losing by split Decision,but because of some discrepencies & how close the was it would not surprise me to see an immediate rematch.

Hilos Chris Cisneros also fought on tonight card and showed why he maybe the next fighter from Hawaii to make it in the big Promotion in the mainland. He needed less then one round to Choke out his opponent in the very First Round. Chris also came out strong initiating the first exchange,forcing his opponent to take him down and try to work on a different game plan. Little did he know that was a big mistake because in a matter of seconds Chris secured the triangle choke forcing his opponent to tap out and winning the Gladiator Challenge World Middle weight Title. After his fight mmaabsolute.com had a chance to ask Chris how felt after his performance "I felt real good,as cool as it was I felt the best I ever felt. I guess being away from home with no family or friends there was no pressure. When asked whats next for him Cisneros reply was " I don't have anything coming up but I might be fighting on a Pro-Kickboxing match in July.

Samoa's Deutsch Pu'u also fought and won the Gladiator Challenge Interim Heavy Weight Title tonight winning by First Round TKO. Pu'u who is the head Trainer in American Samoa's Boo-Ya Gym & Samoa MMA, and has been the driving force in his Community to help the younger generation,and anyone in general who wants to learn mma do it. Before Pu'u there was absolutely no MMA in Samoa but after he got out of the service he dedicated he time and energy to build a mma facility that was second to none. Pu'u is a great role to anyone that wants to help there community and with this win you can bet to see more of this Samoan Icon.

You need to be a member of - to add comments! 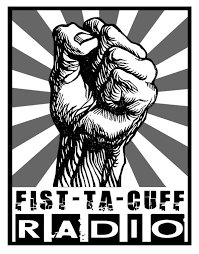 Started by MMA ABSOLUTE in Fighter Registry Apr 1. 0 Replies 1 Like